Marriage, as understood by Catholics and many others, is a natural institution established by God the Creator. It is a permanent, faithful, fruitful partnership between one man and one woman, established by their free mutual consent. It has two purposes: the good of the spouses, called the unitive purpose, and the procreation and education of children. 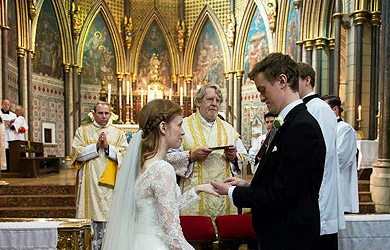 Marriage is not merely a private institution nor is created or re-created by governments or states. It is the foundation of the family, where children learn values and virtues that make them good Christians as well as good citizens. Marriage is important for the upbringing of the next generation, and therefore it is important for society.

Men and women are equal as persons. As male and female, they are two different ways of being human. These differences relate them to each other in a total and complementary way. They make possible a unique communion of persons in which spouses give themselves and receive each other in love. This communion of persons has the potential to bring forth human life and thus to produce the family. No other human relationship can symbolise life and love as marriage does. 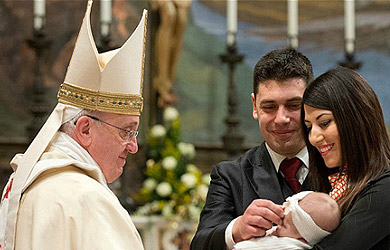 The two purposes of marriage are inseparable; they are two aspects of the same self-giving.

The unitive purpose of marriage means that husband and wife participate in God’s own self-giving love. The two become one flesh, giving mutual help and service to each other through their intimate union.

The procreative purpose recognizes that married love is by its nature life-giving. The children who result from this union are the supreme gift of marriage. Some couples experience the tragedy of infertility and may be tempted to think that their union is not complete; however, it remains a distinctive communion of persons.

Contemporary society poses fundamental challenges to the meaning and purposes of marriage. Four of these challenges are discussed here:

(1) Contraception. The Church teaches that each act of intercourse must be open to procreation, because the whole meaning of marriage is expressed in each marital act. Contraception closes off the possibility of procreation and separates the unitive and procreative meanings of marriage. This is objectively wrong and is essentially opposed to God’s plan for marriage and proper human development. Deliberately separating these two meanings can damage or destroy the marriage and bring many other negative consequences, both personal and social. Natural Family Planning (NFP) methods enable a couple to plan their family in accord with God’s design.

(2) Same-sex unions. Male-female complementarity is essential to marriage in Catholic Church teaching. It makes possible authentic union and the generation of new life. Attempts to make same-sex unions the equivalent of marriage disregard the essential nature of marriage.

Since marriage and same-sex (legal) civil partnerships are different realities, it is not unjust discrimination to oppose the legalisation of same-sex ‘marriages’. These unions pose a serious threat to the fabric of society that affects all people.

(3) Divorce. Marriage is meant to be a lifelong covenantal union, which divorce seems to break. Troubled couples as well as divorced persons are encouraged to rely on God’s help and to use the resources of the Church for support and healing. An annulment is a possibility for some divorced persons. This is a finding by a church tribunal, or court, that no valid marriage bond was formed because the requirements for valid consent were not met at the time of the wedding. 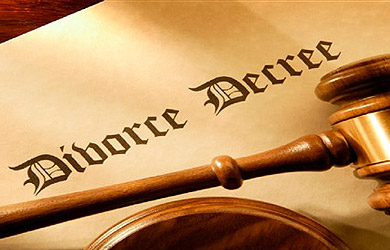 (4) Cohabitation. Many couples live together in a sexual relationship without marriage. This is always wrong and objectively sinful because the complete gift of self can only take place within the public, permanent commitment of marriage. Cohabitation can have negative effects on couples themselves, as well as any children who are part of the relationship.

Marriage as a Christian Sacrament

Although marriage remains a blessing from God, Original Sin has had grave consequences for married life. As a break with God, it ruptured the original communion between man and woman. Jesus healed this rupture when he raised marriage to the dignity of a sacrament. In marriage a man and woman become one flesh. They love each other as they love themselves and cherish each other’s bodies as their own. This union is an image of Christ’s love for his Church. Spouses are called to give themselves to each other as fully as Christ gave himself
to his Church. 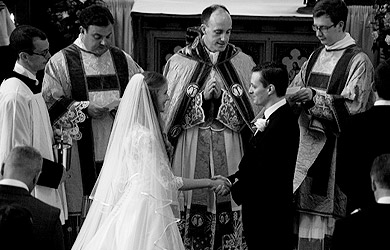 When the baptised spouses exchange their promises of loving and permanent fidelity before the Church, their marriage covenant becomes a participation in the unbreakable covenant between Christ and the Church. The Holy Spirit binds the spouses together and enables them to perform acts of self-giving love to the benefit of themselves, their families, and the whole Church. In this way their marriage does more than symbolize Christ’s love; it makes that love present in the world.

In order to imitate Christ’s love for his Church, the relationship between man and woman needs healing. Their relationship is not a one-sided subjection of the wife to the husband, but a mutual subjection of husband and wife, following St. Paul’s charge to “be subordinate to one another out of reverence for Christ” (Eph 5:21).

Marriage and Family: A Communion of Love

The Christian married couple, with their children, form an image of the Trinitarian God: Father, Son and Holy Spirit. Marriage and family life images the Trinity in two ways. First, like the Trinity, marriage is a communion of love between co-equal persons, beginning with husband and wife and extending to all the members of the family. Second, just as Trinity’s love is life-giving, a married couple’s love conceives and cares for children. In addition to reflecting the Trinity, the family is a microcosm of the Church. The ancient expression “domestic church” accurately describes the family because it is a small communion of persons that draws its sustenance from the larger Church and reflects its life in unique ways. Within this domestic church, parents have a special responsibility to teach children the faith and help them to grow in virtue. The family matures as a domestic church by participating in the life and worship of the larger Church, especially Sunday Eucharist. 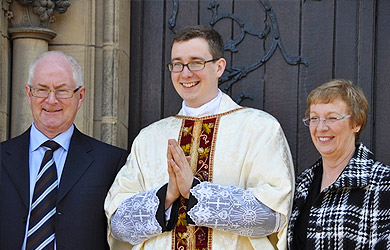 In the Eucharist, members of the family are most fully united to Christ, to one another, and to their brothers and sisters throughout the world. Christian spouses in a mixed marriage (between a Catholic and a baptized person who is not Catholic) witness to the universality of God’s love, even without sharing the Eucharist. They can make an important contribution towards Christian unity.

Sometimes, Catholics marry non-Christians. These marriages are not sacramental, although the parties do commit to fidelity, permanence, and openness to children. 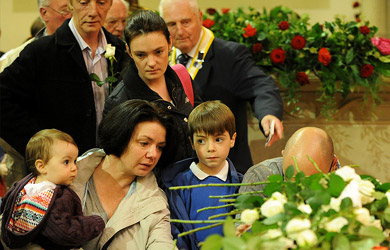 Both these types of unions face particular challenges, especially the religious upbringing of children. The Catholic party needs to take seriously the promise to maintain his or her Catholic faith and to do all in his or her power to have the children baptised and raised Catholic.

With God’s grace, couples are called to grow in holiness. A holy marriage is made up of many virtues. Fundamentally, the couple lives out the theological virtues of faith, hope and love. Love is the heart of the vocation of marriage. It calls spouses to imitate Jesus by their willingness to sacrifice themselves in everyday situations for each other and their children. Couples must also grow in the moral virtues of prudence, justice, fortitude, and temperance. Two virtues that are sometimes overlooked are chastity and gratitude. Marital chastity means that the couple’s love is total, faithful, exclusive and open to life. It protects a great good: the communion of persons and the procreative purpose of marriage.

Marriage is a school of gratitude, in which husband and wife are thankful for the gift of each other. They express their joyous gratitude in giving themselves completely to each other. Their gratitude leads them to be open to children and to be generous towards others. Growth in virtue is a lifelong journey, in which the spouses become more like Christ so that they can more perfectly love each other as Christ loves his Church.

In the Eucharist Catholic couples meet Christ, the source of their marriage. This encounter moves them to reach out in love to the broader Church and to the world. The Eucharist nourishes the virtue of marital hospitality and helps the couple to recognize God’s image in others. This hospitality builds up the Church and makes it a stronger witness to Christ’s love in the world. A marriage that is truly in Christ is a sign of the Kingdom that is coming. At the end of time, at the celebration of the heavenly wedding banquet, the love to which the spouses have been called will find its completion when the entire Church is assumed into the glory of the risen Christ. 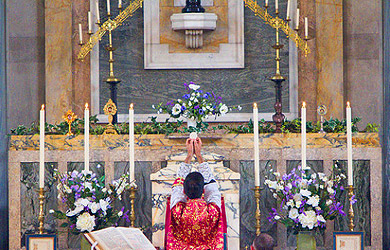 Documents from the Popes

HUMANAE VITAE
Encyclical of Pope Paul VI on the Regulation of Birth
July 25, 1968

DONUM VITAE
Instruction on Respect for Human Life in Its Origin and on the Dignity of Procreation
February 22, 1987

CHARTER OF THE RIGHTS OF THE FAMILY
Presented by the Holy See to all persons, institutions and authorities concerned with the mission of the family in today’s world October 22, 1983

“This Marriage is Decreed in Heaven” (Tobit 7:11): Some Aspects of Courtship and Marriage Preparation from a Priest’s Viewpoint
Courtship and marriage, from a priest’s perspective Presented by Father Andreas Hoeck, S.S.D.

Divorced from Reality
by Stephen Baskerville

Why Isn’t it Good to Live Together Before Marriage?
by Phil A. Webb Jr.
Director, Office of Marriage and Family Life