Home → About Us → Laudato Si

Pope Francis’ revolutionary encyclical calls for a “broad cultural revolution” to confront the environmental crisis. “Laudato Si” is also quite lengthy. Can it be summarized?  In other words, what are the main messages, or “takeaways” of this encyclical? 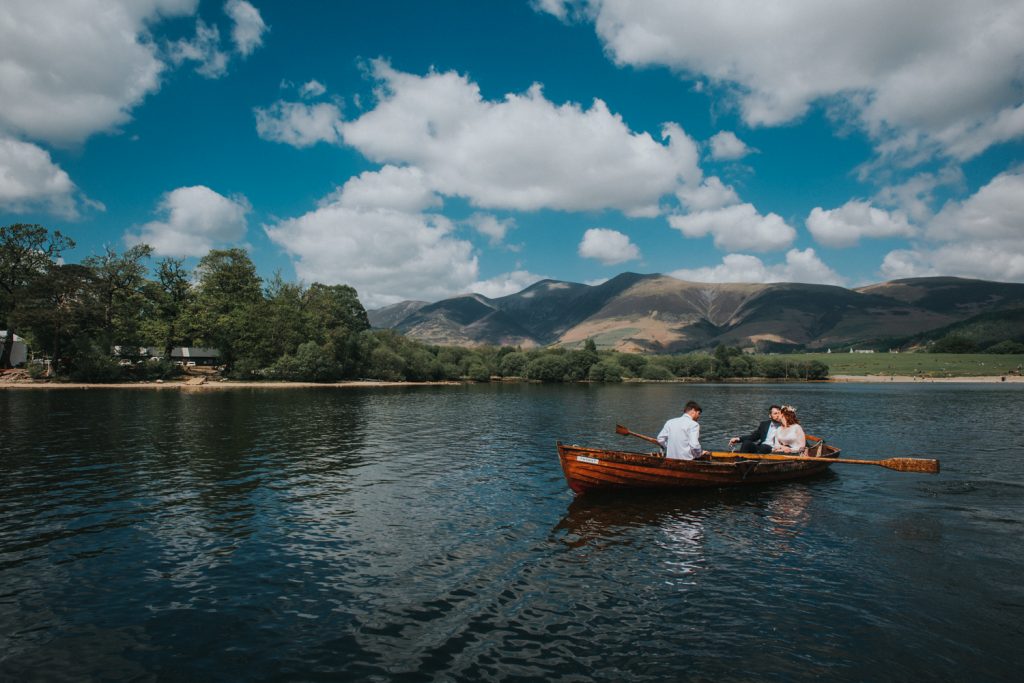 The spiritual perspective is now part of the discussion on the environment.

The greatest contribution of “Laudato Si” to the environmental dialogue is, to my mind, its systematic overview of the crisis from a religious point of view. Until now, the environmental dialogue has been limited to political, scientific and economic language. With this new encyclical, the language of faith enters the discussion—clearly, decisively and systematically. This does not mean that Pope Francis is imposing his beliefs on those who are concerned about the environment. “I am well aware,” he says, that not all are believers (No. 62). Nonetheless, the encyclical grounds itself in the spiritual perspective and invites others to listen to a religious point of view, particularly its understanding of creation as a holy and precious gift from God to be reverenced by all men and women. But the pope also hopes to offer “ample motivation” to Christians and other believers “to care for nature” (No. 64). This does not mean that his predecessors nor any in the Church have not spoken about concerns for our common home—Francis highlights the teachings of his predecessors, particularly St. John Paul II and Pope Emeritus Benedict XVI. But in its systematic spiritual approach, this is a groundbreaking document that expands the conversation by inviting believers and indeed all men and women into dialogue whilst also providing fresh insights for those already involved.

The poor are disproportionately affected by climate change.

The disproportionate effect of environmental change on the poor and on the developing world is highlighted in almost every section of the encyclical. Indeed, near the beginning of “Laudato Si,” the pope states that focus on the poor is one the central themes of the encyclical, and he provides many baneful examples of the effects of climate change, whose “worse impacts” are felt by those less fortunate often but not exclusively in the developing world.  This is not simply the result of the materially wealthy to make decisions that do not take the poor into account, but because the poor themselves have fewer financial resources available to help them adapt to a changing environment. Additionally, the natural resources of those poorer countries “fuel” the development of the richer countries “at the cost of their own present and future” (No. 52). Throughout the encyclical, the pope appeals to the Gospels, to Catholic social teaching and to the statements of recent popes to critique the exclusion of anyone from benefits of the goods of creation. Overall, in decisions regarding the environment and the use of the earth’s common resources, he repeatedly calls for an appreciation of the “immense dignity of the poor” (No. 158). 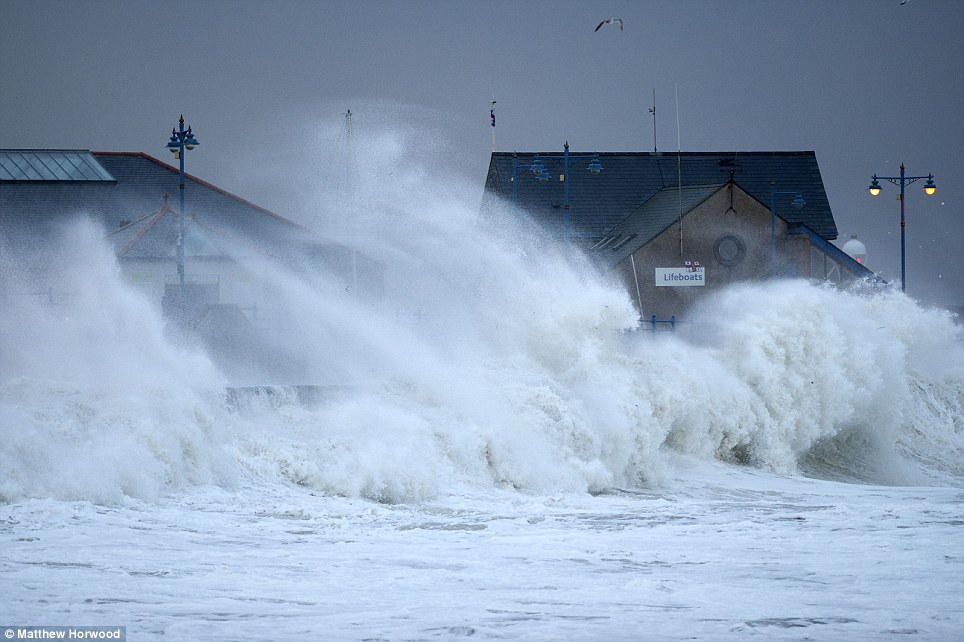 Pope Francis takes aim at what he calls the “technocratic” mindset, in which technology is seen as the “principal key” to human existence (No. 110). He critiques societies unthinking reliance on and perhaps subservience to market forces, in which every technological, scientific or industrial advancement is embraced before considering how it will affect the environment and “without concern for its potential negative impact on human beings” (No. 109). This is not the view of a Luddite—in fact, Francis praises technological advances—but of a believer who resists the idea that every advance in technology is good for the earth and for humanity. “Laudato Si” also diagnoses a society of “extreme consumerism” in which people are unable to resist the temptations of the latest market trend, the earth is despoiled and billions are left impoverished (No. 203). That is why it is the time, he says, to accept “decreased growth in some part of the world, in order to provide recourse for other places to experience healthy growth” (No. 193). In contrast with the consumerist mindset, Christian spirituality offers a growth marked by “moderation and the capacity to be happy with little” (No. 222). It is a matter of nothing less than a redefinition of our modern notion of progress and a rejection of the practical relativism that puts the individual first.

Against those who argue that a papal encyclical on the environment has no real authority, Pope Francis explicitly states that “Laudato Si” “is now added to the body of the Church’s social teaching” (No. 15). By the way, an encyclical is a type of teaching that enjoys the highest level of authority in the church, second only to the Gospels and church councils like Vatican II. As such, it continues the kind of reflection on modern-day problems that began with Leo XIII’s “Rerum Novarum,” on capital and labour, in 1891. Pope Francis uses some of the traditional foundations of Catholic Social Teaching, particularly the idea of the “common good,” to frame his discussion. In keeping with the practices of Catholic social teaching, the pope combines the riches of the church’s theology with the findings of experts in a variety of fields, to reflect on modern-day problems. To that end, he explicitly links St. John XXIII’s “Pacem in Terris,” which addressed the crisis of nuclear war, with “Laudato Si,” which addresses this newer crisis of global environmental deterioration. 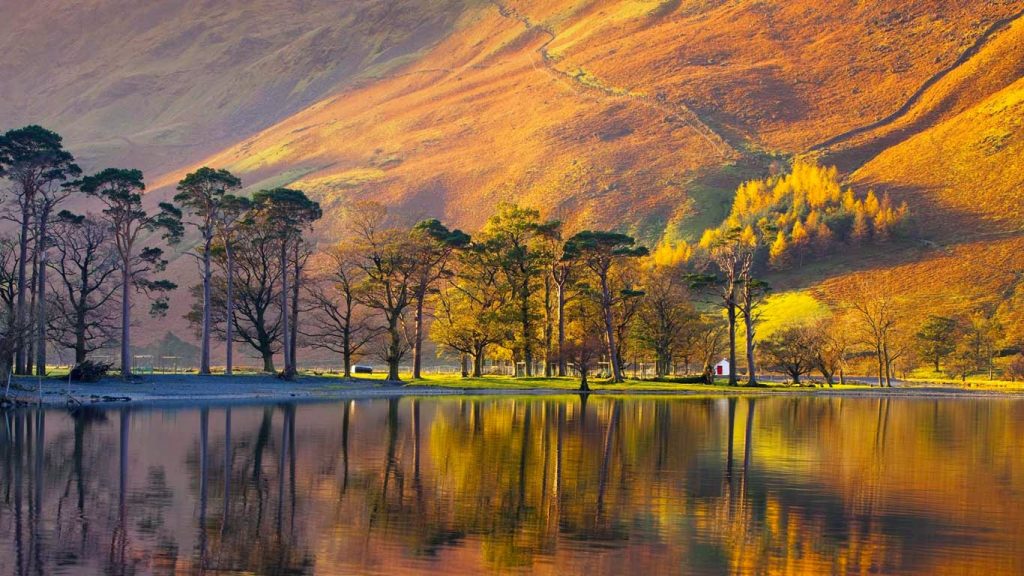 Discussions about ecology can be grounded in the Bible and church tradition.

Wisely, Pope Francis begins the encyclical not with a reflection on Scripture and tradition (the two pillars of Catholic teaching), which might tempt nonbelievers to set aside the letter, but with an overview of the crisis—including issues of water, biodiversity and so on. Only in Chapter Two does he turn towards “The Gospel of Creation,” in which he leads readers, step by step, through the call to care for creation that extends as far back as the Book of Genesis, when humankind was called to “till and keep” the earth. But we have done, to summarize his approach, too much tilling and not enough keeping. Pope Francis traces the theme of love for creation through both the Old and New Testaments. He reminds us, for example, that God, in Jesus Christ, became not only human, but part of the natural world. Moreover, Jesus himself appreciated the natural world, as is evident in the Gospel passages in which he praises creation. The insights of the saints are also recalled, most especially St. Francis of Assisi, the spiritual lodestar of the document. In addition to helping nonbelievers understand the Scripture and the church’s traditions, he explicitly tries to inspire believers to care for nature and the environment. 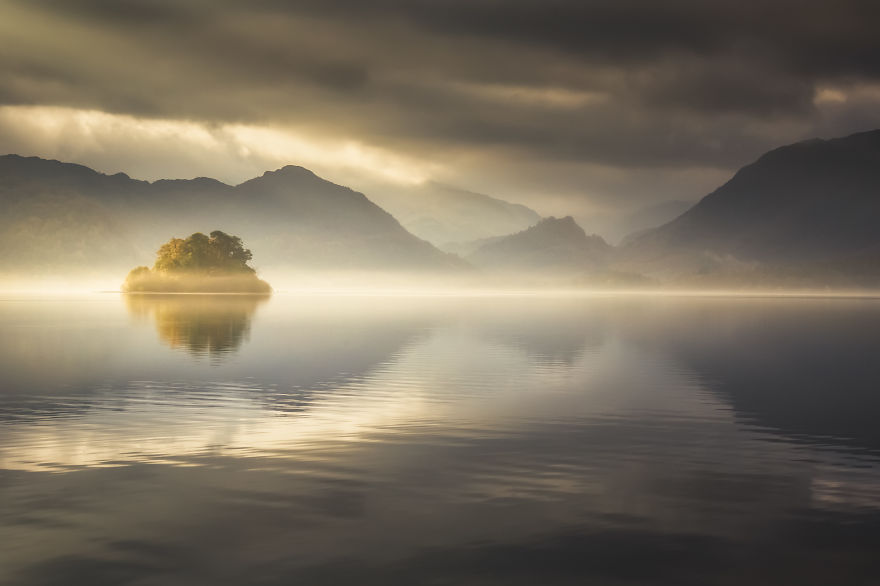 Everything is connected—including the economy.

One of the greatest contributions of “Laudato Si” is that it offers what theologians call a “systematic” approach to an issue. First, he links all of us to creation: “We are part of nature, included in it, and thus in constant interaction with it” (No. 139). But our decisions, particularly about production and consumption, have an inevitable effect on the environment. Pope Francis links a “magical conception of the market,” which privileges profit over the impact on the disadvantaged, with the abuse of the environment (No. 190). Needless to say, a heedless pursuit of money and resources that sets aside the wellbeing of the marginalized and leads to the ruination of the planet are connected. Early on, he points to St. Francis of Assisi, who shows how “inseparable the bond is between concern for nature, justice for the poor, commitment to society and interior peace” (No. 10). Far from offering a naïve condemnation of capitalism, Pope Francis provides an intelligent critique of the limits of the market, especially where it fails to provide for the poor. “Profit,” he says, “cannot be the sole criterion” of our decisions (No. 187).

Scientific research on the environment is to be praised and used.

Pope Francis does not try to “prove” anything about climate change in this document. He frankly admits that the church does not “presume to settle scientific questions” (No. 188). And while he clearly states that there are disputes over current science, his encyclical accepts the “best scientific research available today” and builds on it, rather than entering into a specialist’s debate (No. 15). Speaking of the great forests of the Amazon and Congo, and of glaciers and aquifers, for example, he simply says, “We know how important these are for the earth…” (No. 38: my italics.) As the other great Catholic social encyclicals analyzed such questions as capitalism, unions and fair wages, “Laudato Si” draws upon both church teaching and contemporary findings from other fields—particularly science, in this case—to help modern-day people reflect on and dialogue with these issues. 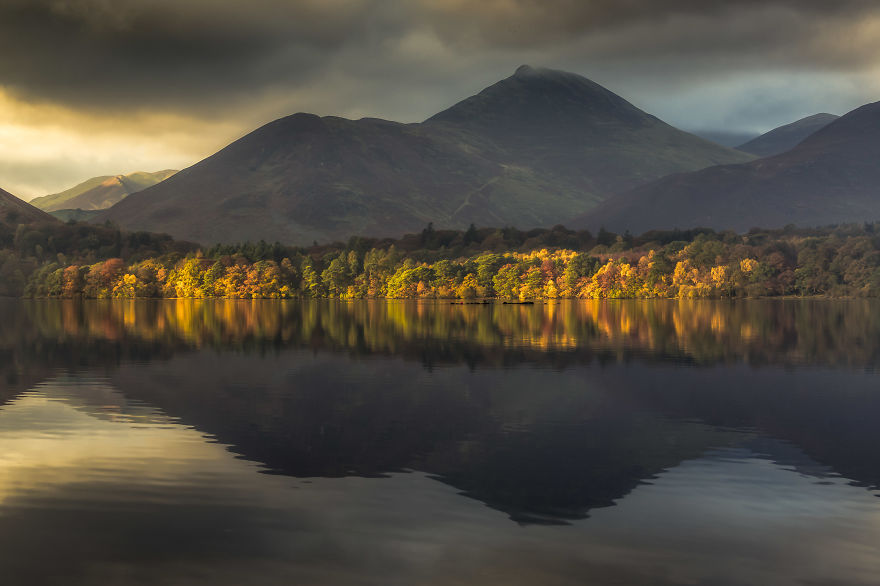 Pope Francis reserves his strongest criticism for the wealthy who ignore the problem of climate change, and especially its effect on the poor. “Many of those who possess more resources seem mostly to be concerned with masking the problems or concealing their symptoms…” (No. 26). Why, he asks, are so many of the wealthy turning away from the poor? Not only because “some view themselves as more worthy than others,” but because frequently decisions makers are “far removed from the poor,” physically, with no real contact to their brothers and sisters (No. 90, 49). Selfishness and relativism, which are rife in modern society also lead to the evaporation of the common good “the rise of a relativism which sees everything as irrelevant unless it serves one’s own immediate interests. There is a logic in all this whereby different attitudes can feed on one another, leading to environmental degradation and social decay” (No.122.). This affects not simply those in the developing world, but also in the inner cities of our more developed countries, where he calls for what might be termed an “urban ecology.” In the world of “Laudato Si” there is no room for selfishness or indifference. One cannot care for the rest of nature “if our hearts lack tenderness, compassion and concern for our fellow human beings” (No. 91). 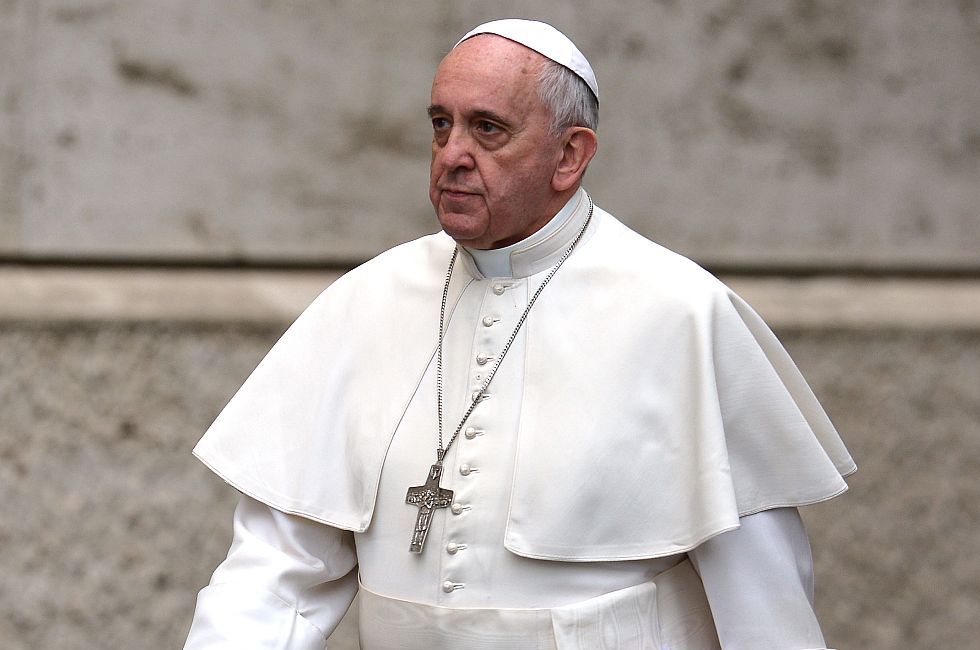 Global dialogue and solidarity are needed.

Perhaps more than any encyclical, Pope Francis draws from the experiences of people around the world, using the insights of bishops’ conferences from Brazil, New Zealand, Southern Africa, Bolivia, Portugal, Germany, Argentina, the Dominican Republic, the Philippines, Australia and the United States, among other places. (In this way, he also embodies the Catholic principle of subsidiarity, which, in part, looks to local experience and local solutions.) Moreover, the “new dialogue” and “honest debate” he calls for is not simply one within the Catholic Church (No. 14, 16). Patriarch Bartholomew, the leader of the Eastern Orthodox Church, enters into the encyclical, as does a Sufi poet. In fact, the pope calls into dialogue and debate “all people” about our “common home” (No. 62, 155). A global dialogue is also needed because there are “no uniform recipes.” What works in one region may not in another (No. 180). The encyclical’s worldwide scope (as opposed to a more Eurocentric cast) makes it an easier invitation for a worldwide community to respond to and engage with the care of our common home.

A change of heart is required

At heart, this document, addressed to “every person on the planet” is a call for a new way of looking at things, a “bold cultural revolution” (No. 3, 114). We face an urgent crisis, when, thanks to our actions and those who have gone before us, the earth has begun to look more and more like, in Francis’ vivid language, “an immense pile of filth” (No. 21). Still, the document is hopeful, reminding us that because God is with us, we can strive both individually and corporately to change course. We can awaken our own hearts and those of others and move towards an “ecological conversion” in which we see the intimate connection between God and all beings, and more readily listen to the “cry of the earth and the cry of the poor” (No. 49).

To use religious language, what the pope is calling for is conversion. 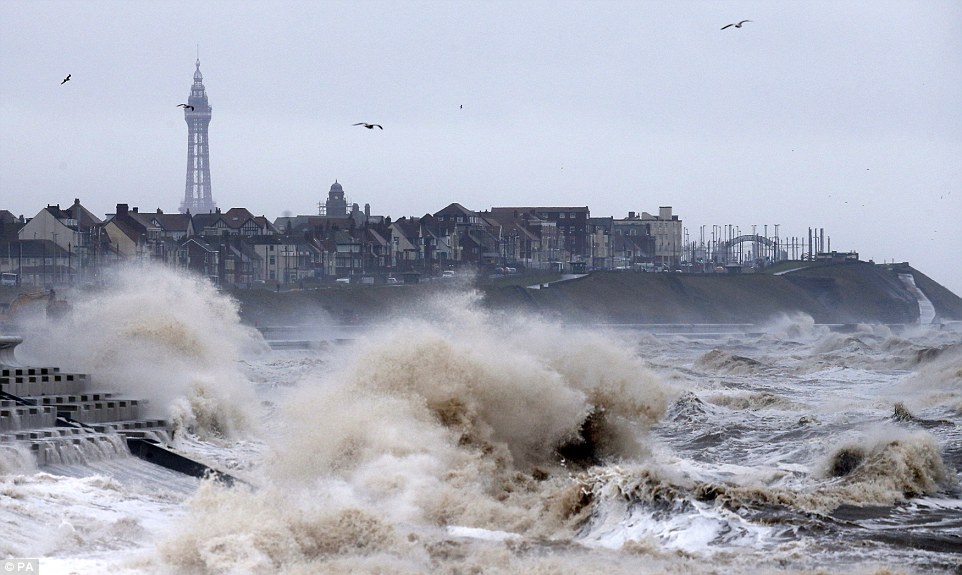