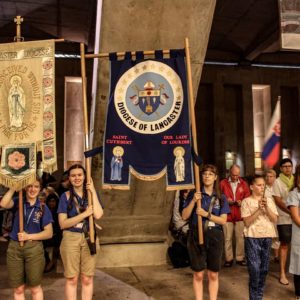 Christian Pilgrimages were first made to sites connected with the birth, life, crucifixion and resurrection of our Lord. Remaining descriptions of Christian pilgrimages to the Holy Land date from the 4th century, when pilgrimage was encouraged by the early fathers of the Church like Saint Jerome.

Pilgrimages or holy journeys also began to be made to Rome and other sites associated with the first Apostles, saints and martyrs or witnesses to Christ as well as to places where there have been apparitions or appearances of the  Blessed Virgin Mary. The crusades to the Holy Land were considered to be a kind of military pilgrimage. 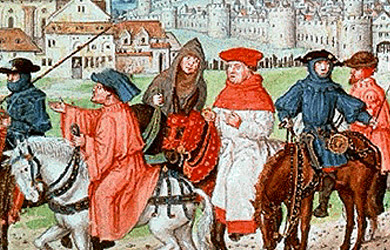 The second largest single pilgrimage in the history of the Christian story was to the funeral of the late Pope John Paul II after his death on 5 April 2005. An estimated four million people travelled to St Peter’s Basilica, Rome, in addition to the almost three million people already living in Rome, to see the body of the Holy Father lie in state. 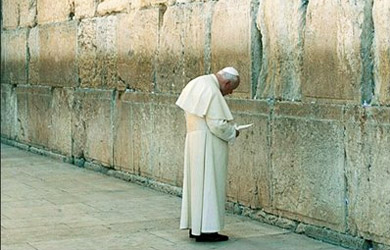 The major Christian pilgrimages are to:
The Holy Land, location of many events in the Old Testament and New Testament:
-Jerusalem, site of the Passion and Resurrection of Jesus.
-Bethlehem, birthplace of Jesus and King David.
-Nazareth, hometown of Jesus
-Sea of Galilee, site of Jesus’ early ministry.
-Mount Tabor, site of the Transfiguration
-Bethany, site of the resurrection of Lazarus