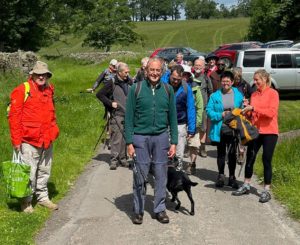 Cross Fell, at 2930 feet, is the highest mountain in England outside the Lake District. Undeterred by cold winds and boggy plateaus, on Saturday June 18th the Bishop of Lancaster, the Right Reverend Paul Swarbrick, led prayers and reflections on the life of John Bradburne as a motley group of thirty pilgrims, including a South African Franciscan priest in habit and Megan the black labrador, scaled the Pennine escarpment. 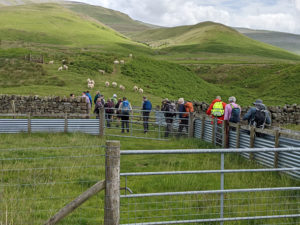 Bradburne, born in 1921 in the nearby village of Skirwith, ascended Cross Fell regularly in his childhood. Son of an Anglican clergyman, he served with the Gurkhas and Chindits in the second world war and converted to Catholicism in 1947, going on to spend his last years serving leprosy patients in a colony at Mutemwa, in Zimbabwe. He was brutally murdered in 1979 as the civil war there reached its bloody climax. 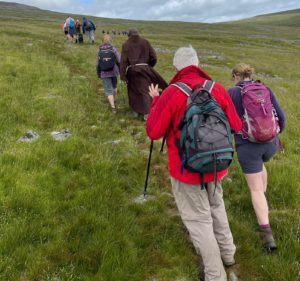 On scaling the mound of rocks next to the trig point at the summit, the Bishop produced a rosary which had been discovered under a pile of stones there last September on the occasion of the group’s first collective assault on the mountain peak. It had been carefully placed back in the same spot nine months ago and was still in its original place. “John was very dedicated to Mary, our mother,” he told the group. “Let us take this a moment of communion with her and with him.” 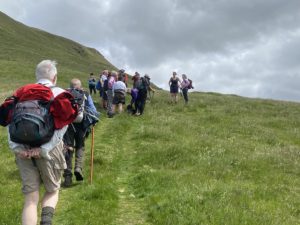 In 2019, the Congregation for the Causes of Saints, formally opened the case for Bradburne’s beatification, which is gathering at great pace. In 2023 the first part of the cause process will be finished and all the documentation gathered in Zimbabwe will be sent to the Vatican to move John to Venerable status.