Home → The Catholic Faith → The Church is Apostolic

The Church is Apostolic

When one embarks upon the incredible journey of learning about the early Fathers and Mothers of the Church, the great men and women who either knew Jesus Christ personally, or were the Christians in the first 4 centuries after His death and resurrection, it becomes hard to deny the sameness of the Catholic faith then as to today. 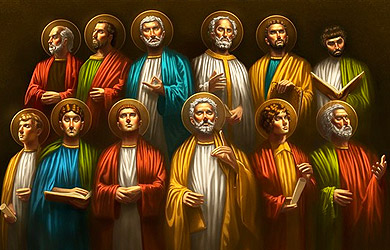 The way way Christians lived out their faith, sought forgiveness for their sins, celebrated the Holy Mass, and the core tenets of their faith have remarkably similarities to those of Catholics today.

Logic would dictate that since the early Christians followed the apostles who were the original disciples of Jesus, that today’s Catholic Church would adhere to the same teachings.

Pope Francis can trace his position back to St. Peter, the very first Pope to whom Jesus Christ said, “on this rock I will build my church, and the powers of death shall not prevail against it.  I will give you the keys of the kingdom of heaven, and whatever you bind on earth shall be bound in heaven, and whatever you loose on earth shall be loosed in heaven” (Matthew 16:18-19).

Like the mark of being “one,” the Church is apostolic in that it is impossible for the Church established by Jesus Christ to be fractured time and again and still retain the authority and unity of the one body.

The Catholic Church is the Church of the apostles.  It is entirely apostolic. The Church as Apostolic relates to that those first generations of believers, the Apostles themselves. The Apostles who were give the entire deposit of faith, necessary for salvation, pregnant and to which the Church continues to expose and to understand more and more.