Home → About Us → A History of the Diocese

A History of the Diocese

The Diocese of Lancaster is truly a rarity among our English bishoprics. Embracing three historical counties – Cumberland, Westmorland and Lancashire, north of the Ribble – this ecclesiastical territory sometimes seems an extraordinary hybrid, containing within it a social and economic spectrum from bustling Preston, to the grace and dignity of the ancient country town of Lancaster, to the post industrial grit and courage of Barrow and the West Cumbrian coastal towns to the peace and beauty of the Lakeland villages and the grave remoteness of Wastwater and Eskdale.

Lancaster is also a relative newcomer amongst the bishoprics of England and Wales: it was brought into being as comparatively recently as 1924, and its current pastor, Bishop Paul Swarbrick, is only the seventh in succession since the inauguration of Bishop Pearson in 1924. Yet despite its youth, this Diocese can be said to be the historic heartland of Catholicism in England since the Protestant Reformation of the sixteenth century. Indeed, the first popular protest against religious change under King Henry VIII – against the abandonment of the Holy See as the focus of the unity of the Church, against the destruction of the monasteries and the tearing up of lives consecrated to the service of God – was focused on Lancashire and the Lake Counties, when thousands of rebels who were enlisted in the Pilgrimage of Grace of 1536-7 registered their firm and dangerous opposition to the end of a thousand years of Catholic England. 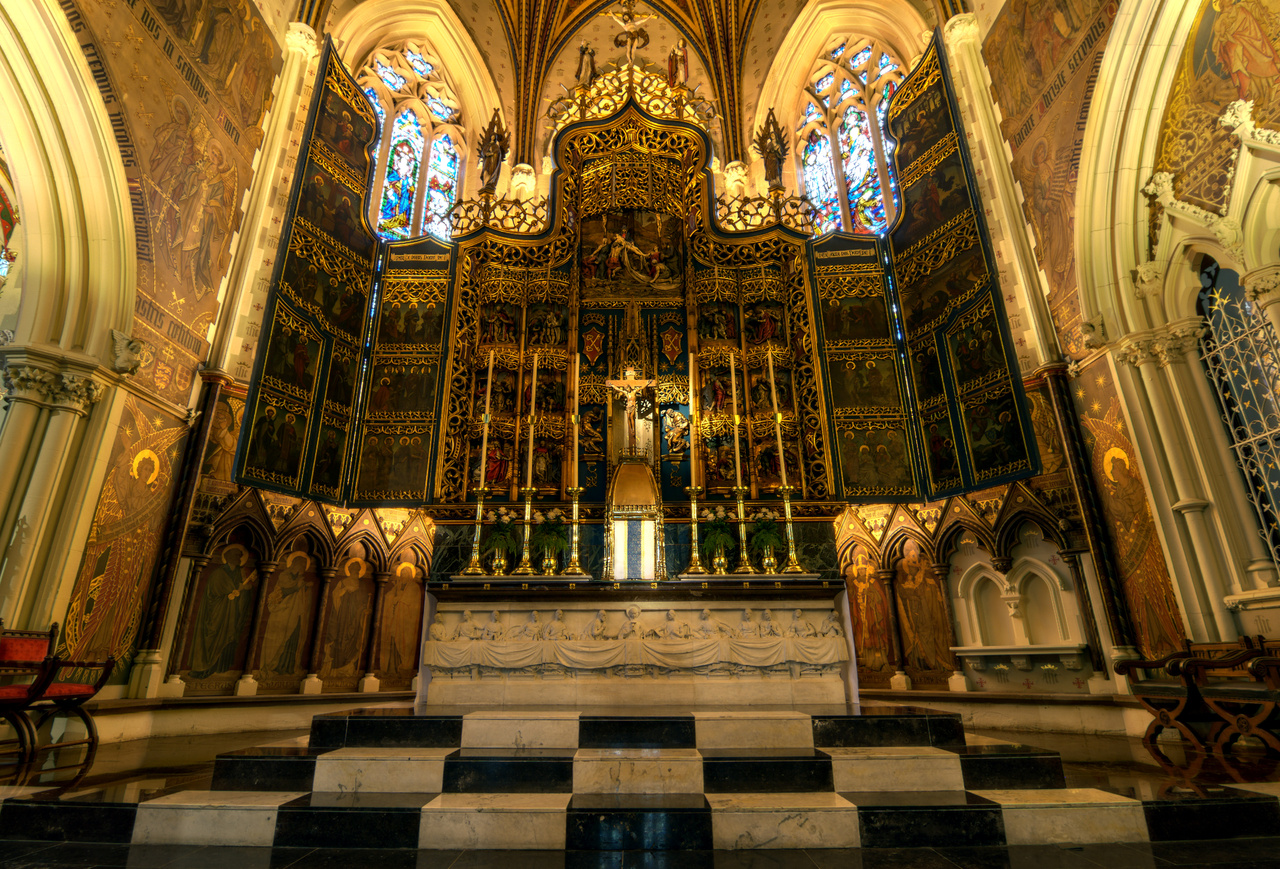 Subsequently, the northern lands today comprising the modern Diocese of Lancaster made their distinctive contribution to the survival of Catholic life in Protestant England in two particular ways. First, it was a Lancashire man, Cardinal William Allen, of Rossall, near modern Fleetwood, who in 1568 founded the seminary at Douai in the Low Countries that was to raise up and to send out a long succession of missionary priests to bring the Mass and the sacraments to England’s beleaguered Catholic minority: it was that role that made Douai a nursery of priestly martyrs. Indeed, the provision of martyrs was the second way in which Lancashire and the Lake Counties ensured the survival of the faith in an England no longer Catholic, for if ‘the blood of the martyrs is the seed of the faith’, then these shires were soaked with that blood. Two of the most revered of the white-robed army of north-western martyrs are the Jesuit scholar St Edmund Arrowsmith, of Haydock near Warrington, executed in Lancaster in 1628, and the beloved Benedictine St Ambrose Barlowe, of Barlowe Hall, near Manchester, put to death, again in Lancaster, in 1641. But these saints canonised by Pope Paul VI in 1970, are only two of a great procession of the blessed and the venerable: fifteen of these heroes were put to cruel deaths in Lancaster between 1584 and 1646, while Cumbria lays claim to St John Boste of Dufton in Westmorland, executed in Durham in 1594 and canonised also by Paul VI in 1970. 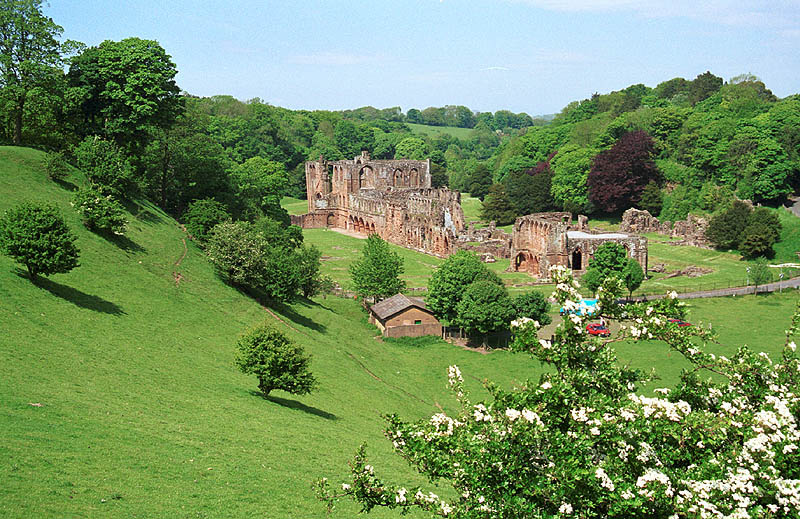 It is fitting that our region’s martyrs are now commemorated in a simple memorial, near the place of their barbarous deaths only a walk away (a steep one, though) from the beloved centre of our diocese, St Peter’s Cathedral in Lancaster. Nor do we celebrate our martyrs in any spirit of rancour against our fellow-Christians. But we do take just pride in their keeping the faith that comes to us from the apostles, just as we rejoice in the reawakening of our Catholic life in England in a later, quieter, more peaceful age: we can today visit the pilgrimage site of Ladyewell at Fernyhalgh north of Preston, and through quiet back-country lanes we can seek out the lovely hidden ‘Catholic Relief’ chapels such as Claughton-on-Brock near Garstang or Hill Chapel by Goosnargh that came with the dawn of ‘Catholic relief’ in the 1790s. 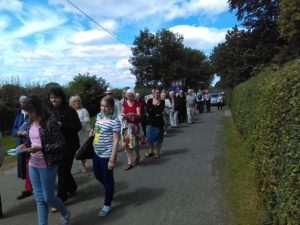 The Diocean Crosier is an important symbol of the Bishop’s pastoral role. It was given to the Diocese by Ealing Abbey to mark the appointment of Bishop Pearson (a member of that community) as the first Bishop of Lancaster. It is still regularly used whenever the Bishop presides at the Cathedral, though since Bishop Foley’s time it does not travel around the Diocese with him.

The Crozier includes an image of Jesus handing the keys to St Peter, a symbol of the God-given authority invested in the Church. Also seen here is St Benedict (at the bottom of the image here), an enduring reminder of the Benedictine roots of our first Bishop and the deep historical connections of the Order with our Diocese.