When people come to the Church to “have a Mass said”, they are using an ancient practice whereby they have Mass offered for someone who has died or, in general, for the souls in Purgatory. 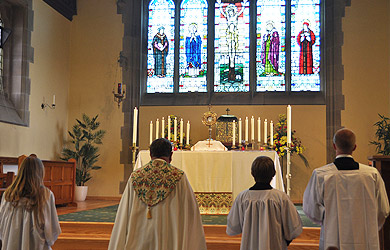 In asking a priest to offer Mass for a certain intention, the accompanying gift to him is looked upon as an offering for the support of the priest, or the Church at large, or for a particular mission endeavour in some part of the world. It is never considered payment for the Mass.

Current Church law tells us (Canon 945) that “in accordance with the approved custom of the Church, any priest who celebrates or concelebrates a mass may accept an offering to apply the mass for a specific intention”. 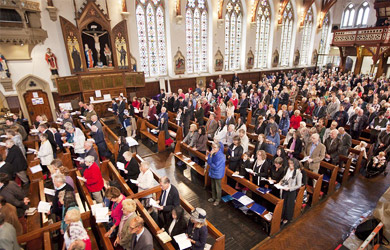 The amount of the offering varies in different areas of the country. Again, Church law sanctions the custom by noting that whoever makes such an offering contributes “to the good of the Church and by that offering my share in the Church’s concern for the support of its ministers and its activities”. (Canon 946)

While approving the custom, the Church warns: “Even the semblance of trafficking or trading is to be entirely excluded from Mass offerings.” (Canon 947)

Consequently, Catholics would consider the expressing “buying a Mass” to be in very bad taste. Spiritual gifts can never have a price tag attached. 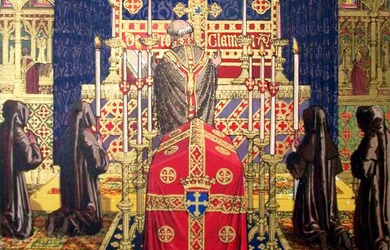 The Mass is the most perfect prayer a Catholic can offer to God. That is why so many of them want to continue the beautiful practice of “having a Mass said” for someone they love.

Having a Mass offered for joyous occasions, like a wedding, an anniversary, a birthday, or nameday, is also encouraged.

Every Parish Priest is bound by Church Law to offer Mass each Sunday and Church Holiday for the people of his parish.