Home → About Us → Our New Saint – John Henry Newman 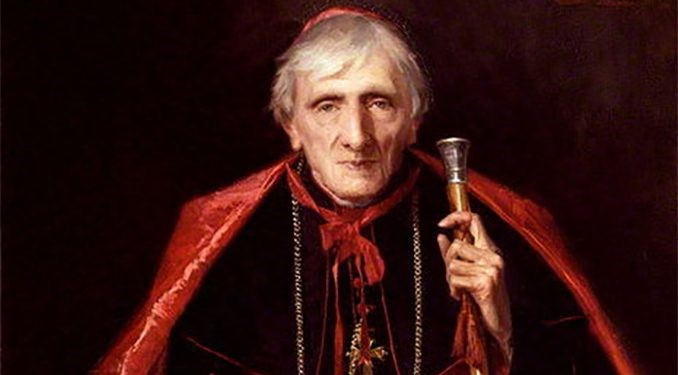 Cardinal John Henry Newman (1801-1890) lived his life as a relentless search for truth and living that truth upon finding it. Born into an Anglican family in 1801, Newman was brought up in the mild Calvinistic faith of his mother. Around the age of 15 he experienced what he called a ‘conversion’ which convinced him that he was called to pursue a spiritual path. He was educated and taught at Oxford, and was ordained into the ministry of the Church of England and soon became the leader the ‘Oxford Movement’. This was a theological mission that encouraged the Anglican Communion to find nourishment from its Catholic roots. Newman eventually resigned his fellowship at Oriel College in Oxford and as Vicar at the University Church of St Mary the Virgin and was received into the Catholic Church by Blessed Dominic Barberi in 1845. Inspired by the Oratory of St Philip Neri, Newman went on to found the Birmingham Oratory, a community of priests and brothers in 1849.

Newman was a prolific writer, an inspiring preacher, a profound thinker and a gifted poet. His famous spiritual autobiography ‘Apologia Pro Vita Sua’ recounts his journey of faith. In the story behind his famous poem, ‘Lead kindly Light’ we experience glimpses of his search for truth in the Lord. Laid up with a heavy fever while travelling upon the Mediterranean Sea, Newman desperately wished to return to England but unfortunately, he was shipwrecked on his way home, and he became stranded in the Straits of Bonifacio. His anguish in darkness and hopeful yearning for light in real life also represents his longing for truth. His vision of education, espoused in his famous work, ‘The Idea of A University’ was translated to reality as he worked towards the founding of the Catholic University of Ireland, the present University College Dublin, in 1854.

Newman was created Cardinal in 12 May 1879 by Pope Leo XIII. During the years since his conversion, he had endured many personal sleights, and had been the object of rash judgements and criticism. Upon being named Cardinal he declared, ‘the cloud is lifted for ever’. He asked not to be consecrated as a bishop, as was usual, and also asked to be allowed to remain in Birmingham. Both requests were granted, and he continued to live as a cardinal, still writing, at the Birmingham Oratory.
When he died at the age of 89, more than 15,000 people lined the streets of Birmingham for his funeral. 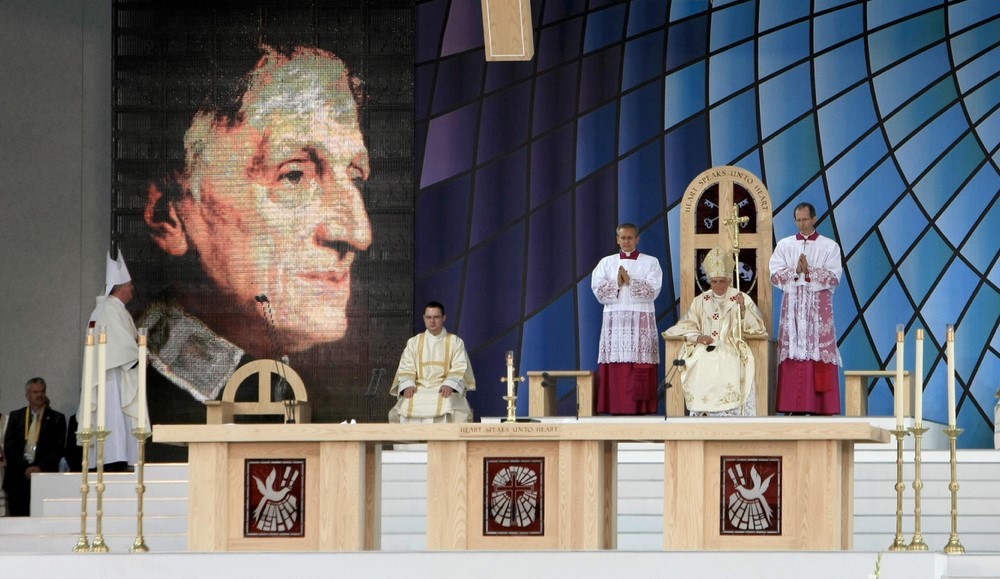 Pope Benedict XVI beatified Newman on 13th October in Cofton Park during his historic 2010 visit to the UK. During the Beatification Mass the Holy Father said “Cardinal Newman’s motto, Cor ad cor loquitur, or “Heart speaks unto heart”, gives us an insight into his understanding of the Christian life as a call to holiness, experienced as the profound desire of the human heart to enter into an intimate communion with the Heart of God.”

Today, Cardinal Newman’s canonisation is of historical significance to the Catholic Church in England and Wales, and others as he is the first Englishman to be canonised since the canonisation of 40 English and Welsh Martyrs in 1970. Newman is arguably the most well-known convert in the 19th century. However, a major reason that many people are drawn to Newman on a devotional level is that he combined the intellectual life with a real and profound personal sanctity. He was a pastor, a counselor, and was really committed to the souls that were committed to his care. Cardinal Newman’s priestly ministry, especially among the poor, is a permanent sign of the Church’s pastoral compassion and poses a challenge to us all in the Church today.