8th December 2020 marked 150 years since Blessed Pius lX, ‘distressed by the grievous bitterness of an age when the Church was assailed by enemies’, declared Saint Joseph Patron of the Universal Church. Our Holy Father, Pope Francis, has given us an Apostolic Letter, Patris Corde (With a father’s heart) in which he shares some personal reflections on Saint Joseph. The Holy Father says in his introduction,

My desire to do so increased during these months of pandemic, when we experienced, amid the crisis, how our lives are woven together and sustained by ordinary people, people often overlooked. People who do not appear in newspaper and magazine headline, or on the latest TV shows, yet in these very days are surely shaping the decisive events of our history 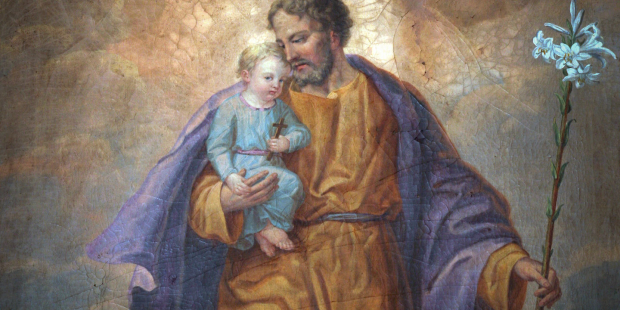 He goes on to list the sorts of professions we often take for granted, shop-keepers, cleaners, carers, hauliers, and he includes those in our lives who may not be working. Fathers, mothers, grandparents all play their part. This enables Pope Francis to move on to the character of Saint Joseph, picking out seven characteristics deserving our reflection. These are,

A final part of the Letter is the Decree awarding a particular indulgence to be gained through devotion to St.Joseph. 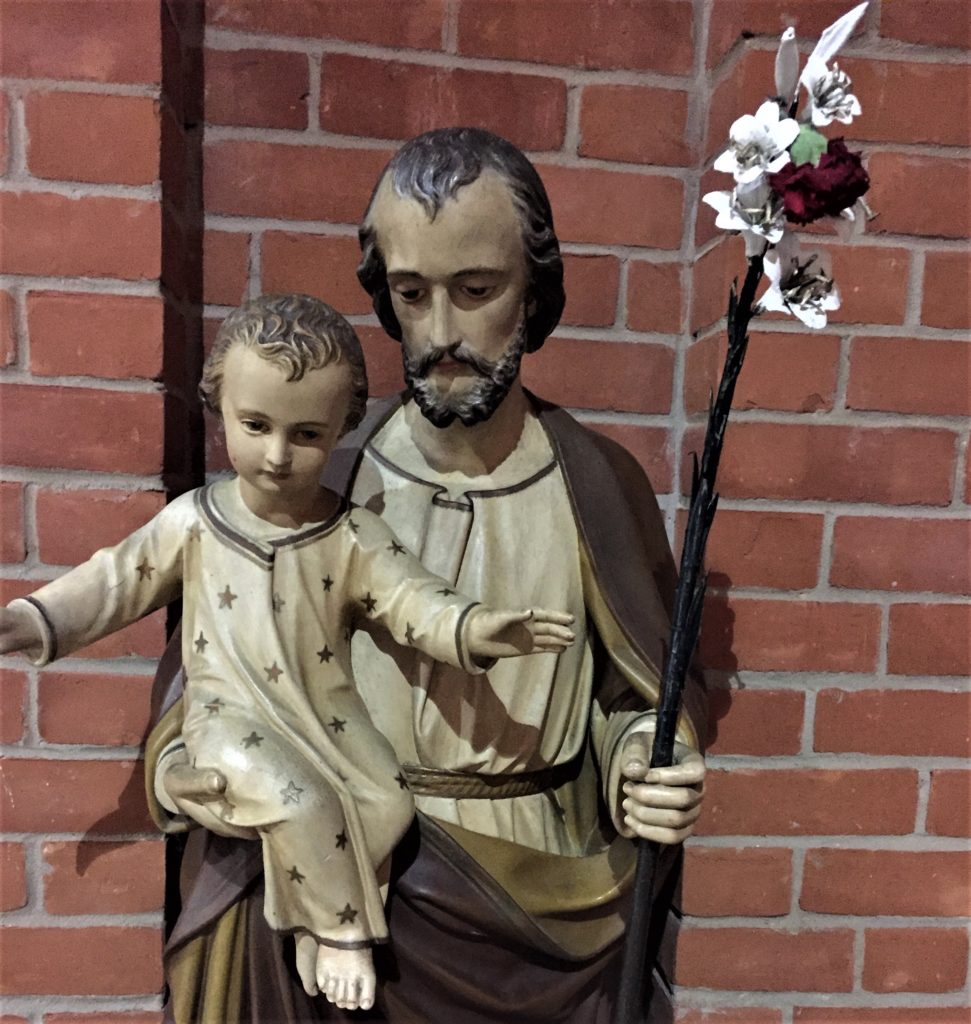 Later this month, hopefully by the Feast-day 19th March, I hope to make available a small booklet of prayers and devotions to Saint Joseph, entitled Saint Joseph our Protector, please pray for us with a father’s love.

Two aspects of Saint Joseph’s life strike me as rich subjects of reflection and prayer not just in these times, but in any time. The first is obviously his relationship to our Blessed Lady, his spouse. In the culture of their day there would have been – to our contemporary view – the suggestion that it was almost an ‘arranged marriage’. That was how it worked in the orient. But that doesn’t rule out deep affection for one another. It is fair to assume they were in love. 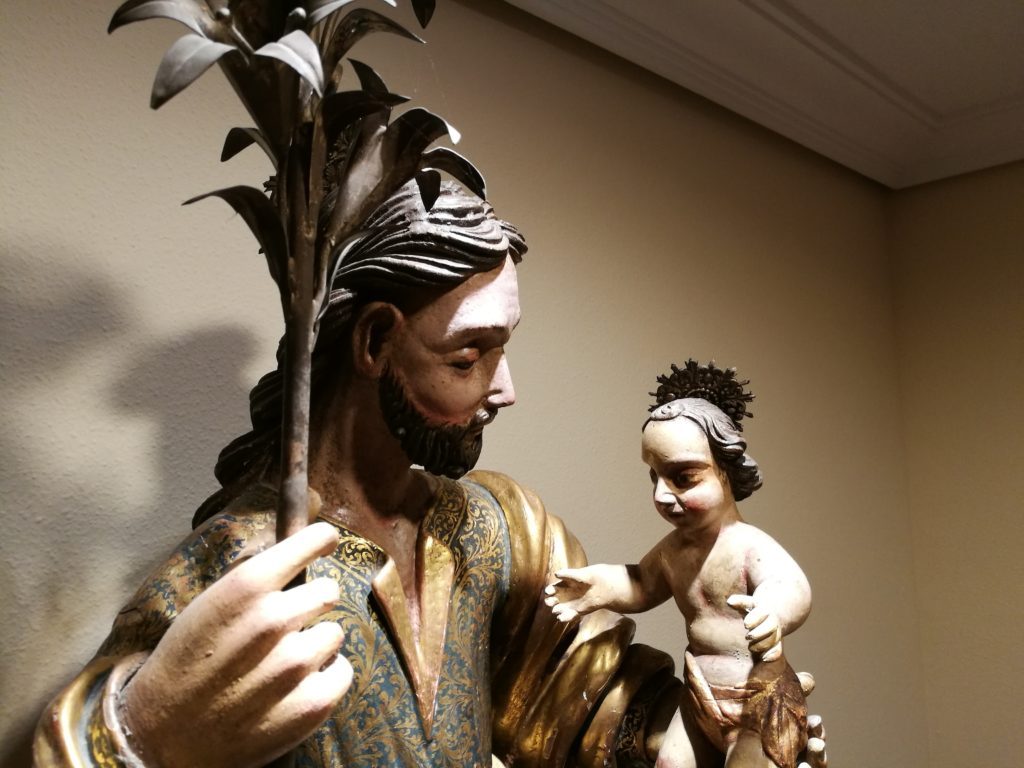 The second aspect of his life concerns the fact that his good plans were shot to pieces, first by Mary’s pregnancy, then by the census, and then by Herod’s infanticide. How often we find our personal and other plans thwarted, nudging us to despair. And yet, it will often be the case that our good plans have to fail if the Lord’s Great Plan is to succeed. 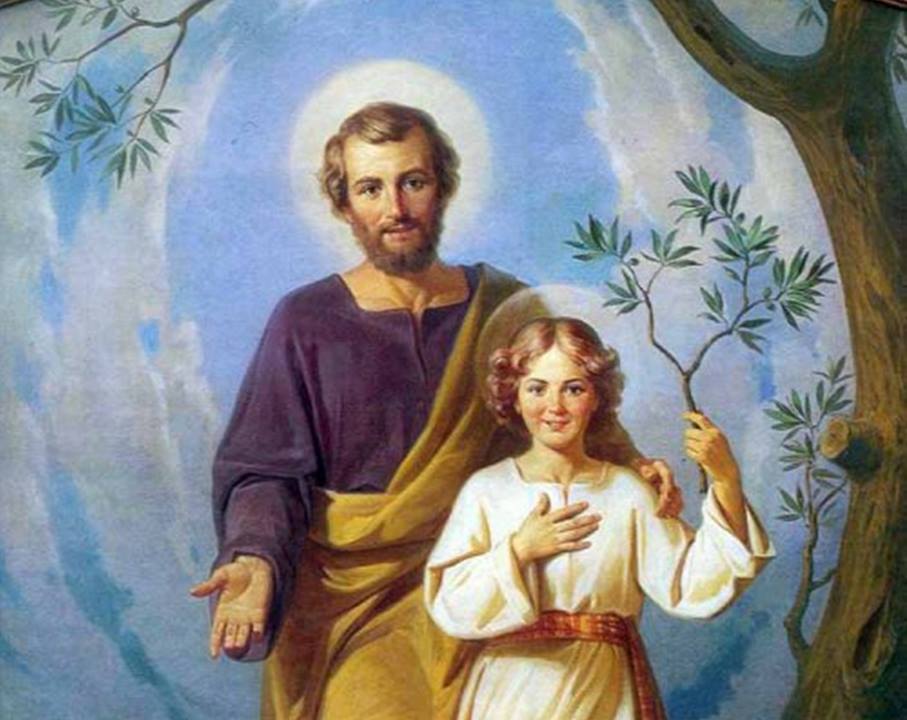 Saints are those who help us see God more clearly. They don’t get in the way, between us and God, like some extra layer of administrative staff in the organisation. They stand out because so often they stand back so that those at the back have more chance of seeing the Lord. St.Joseph continues to do this perfectly. I commend to you devotion to Saint Joseph, not only in this year of special prayer, but daily, up to the completion of your life.